He entered the service August 14, 1862, and two days later was given his baptism of fire at the battle of Lone Jack. He belonged to Company C, 2d Missouri Cavalry, Marmaduke's Division. There was no truer soldier and there is no truer friend than Henry Kabrick. He is proud of his war record, as every real soldier should be. He was in the battles at Lone Jack, Newtonia, Gape Girardeau, Osage Eiver, Lexington, Westport, Mine Creek, and all the battles and skirmishes of his command.

He was still a young man when the war closed and he returned to his home near Oak Grove, Mo., where he has resided ever since, following the vocations of farmer and carpenter. He is one of the substantial citizens of the county, and is captain of Up. Hays Camp, United Confederate Veterans, at Oak Grove.

Captain Kabrick has a son, Lee Kabrick, serving in the United States Army in the Philippine Islands.
Posted by Dennis Segelquist at 11:37 AM No comments:

Daniel Whilldin Hand. Assistant surgeon First Minnesota Infantry, July 23, 1861. Present at battle of Ball's Bluff, before Yorktown, and battles of Fair Oaks (in which he was wounded). Seven Pines, Frazier's Farm and Malvern Hill. May 18, 1863, captured and a prisoner at Libby about one month. August, 1863, detailed on the staff of Major General Peek, whom he accompanied to Newberne, N. C, and for over two years thereafter had chaise of the medical department of North Carolina. Nov. 1. 1864, lieutenant colonel, by brevet, "for meritorious services rendered daring the war, and particularly for the skill, energy and fidelity displayed by him as medical director of the military district of North Carolina daring the prevalence of a fatal epidemic of yellow fever at Newberne N. C, in the autumn of 1864." Colonel, by brevet, March 13, 1865, "for faithful and meritorious services daring the war". Mastered out December, 1865. Died at St. Paul, Minn., Jane 1, 1889.
Posted by Dennis Segelquist at 2:19 PM No comments:

It's stated that James Barber was at one time the Postmaster at Liberty, Montgomerg County, Ohio.

Note. The custom of selling ones wife came over from England.  Selling a wife was the same as getting a divorce and cheaper.

Posted by Dennis Segelquist at 11:01 AM No comments:

The idea be hind this page was to look up some information on these men like their pension and so forth, but after looking up ten or twenty names and finding nothing I give up, and yes I have all the 1812 pension rolls. 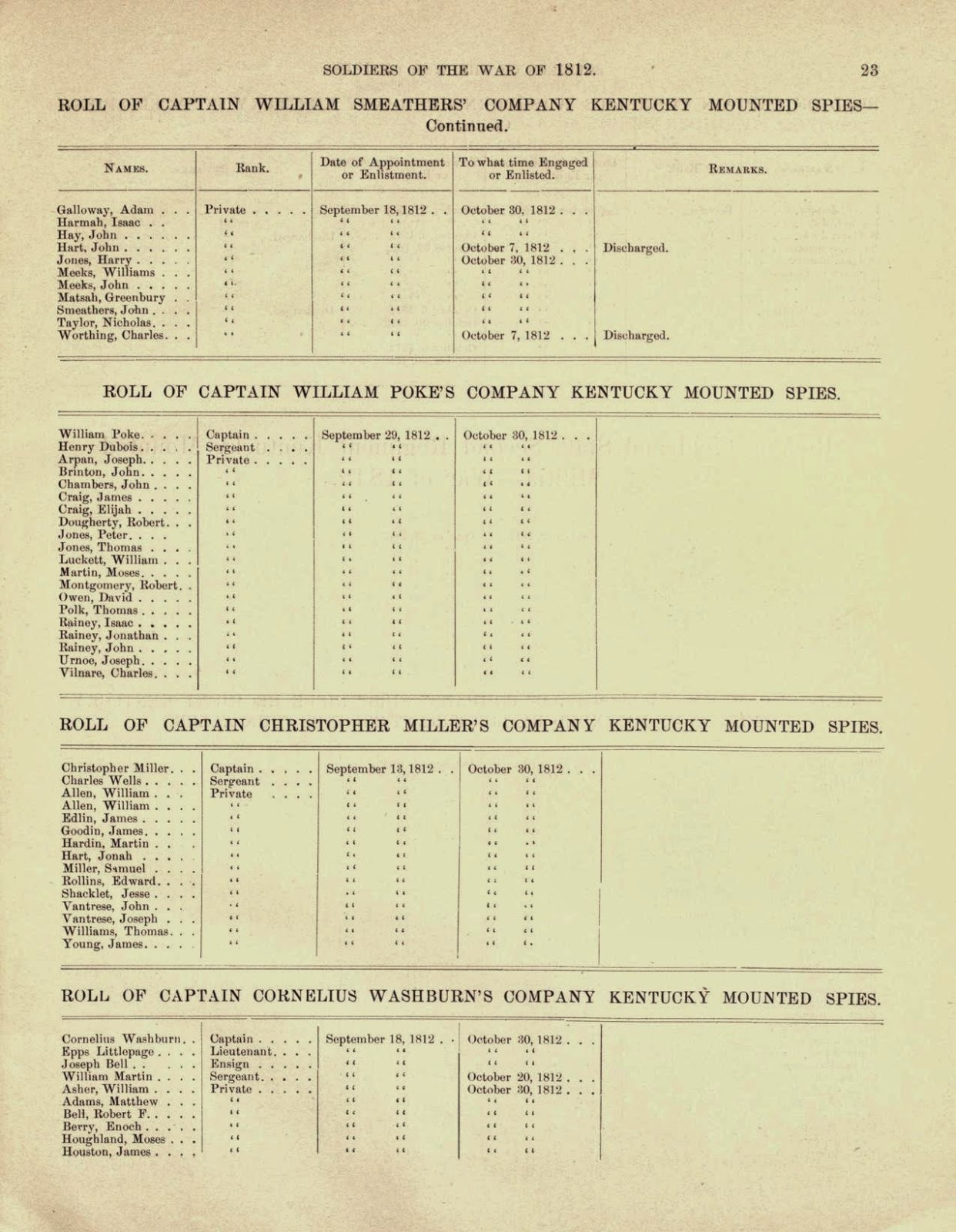 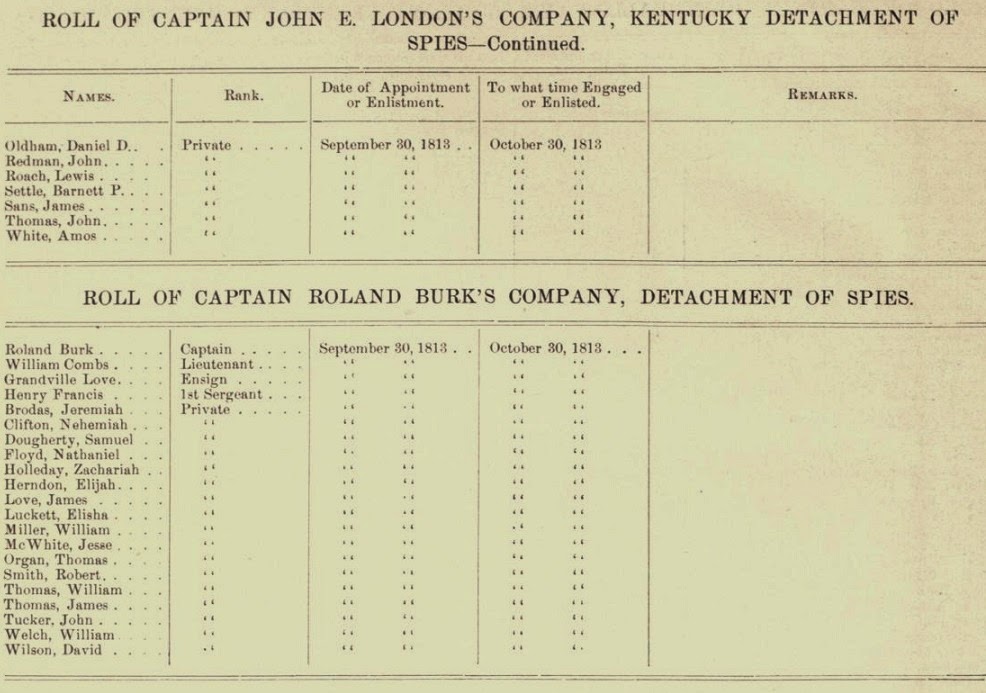 Note.  Journal of the House of Representatives of the United States, 1813-1815
WEDNESDAY, NOVEMBER 9, 1814.
Mr. Hawkins presented a petition of Leslie Combs, on behalf of a company of spies or scouts, lately in the service of the United States, in the Northwestern Army, and of which he was Captain, praying that the said company may receive the pay to which they are entitled.

Posted by Dennis Segelquist at 1:00 AM No comments: