SIR: I have the honor to inform you that the Seventeenth Vermont Volunteers participated in an assault made by the Ninth Army Corps, under the enemy's works in front of Petersburg, Va., on Saturday morning, July 30, losing very heavily both in officers and men. The blowing up of one of the enemy's forts, previously mined for the purpose, was the signal for a terrific bombardment, under cover of which the assault was made.

The first line of works in clearing the demolished fort was carried with but little loss, but the enemy's batteries, instead of replying to our guns, reserved their fire for our advance, and now commenced pouring in a withering fire of case and canister that compelled our men to seek protection in the trenches and the ruins of the fort. Very soon our troops were thrown in confusion, and the enemy, advancing through a protected way, attacked our men in the trenches and fort, both in front and flank, and succeeded in driving us back to our original position.

The Seventeenth Vermont was commanded by Major William B. Reynolds, my health having been such for some weeks as to incapacitate me from field duty. He led the regiment on this occasion, as I am they did all that was in their power to insure success. While bravely fighting the enemy in their own trenches he was shot by a musket-ball in the left breast, and soon thereafter died. His loss is deeply felt and deplored by all the command.

Lieutenant William E. Martin, of Company E, was shot through the head about the same time. He had joined the regiment for duty but the day before, since he was wounded at the Wilderness. He was a brave and valuable officer. Lieutenant John R. Converse, of Company H, was killed early in action. Of the eight commissioned officers who went into the engagement not one returned to the regiment. When the enemy regained possession of their works they took a large number of prisoners, which largely swells the total loss. As evidence of the severity of the action I may remark that the Second Division lost more than half its effective force, and the Second Brigade lost in killed, wounded, or prisoners, every regimental commander on the field.

I append a list of the casualties in the Seventeenth that occurred during this engagement; also a list from June 20, the date of the former report, to July 29, inclusive.

I have the honor to be, very respectfully, your obedient servant,
CHARLES CUMMINGS, Lieutenant-Colonel, Commanding.

Major William B. Reynolds.
To read more about him take this link.http://www.findagrave.com/cgi-bin/fg.cgi?page=gr&GSln=reynolds&GSfn=william&GSmn=b&GSbyrel=all&GSdyrel=all&GSst=49&GScntry=4&GSob=n&GRid=15667091&df=all& Lieutenant

Civil War veteran: served as 2d lieutenant in Co. C, 13th Regt. Vt. Vols., under the command of Col. F. V. Randall, and was promoted to 1st lieutenant before that regiment was mustered out. He then enlisted in the 17th Regt., and was killed at the battle of Petersburg, Virginia.

ADJUTANT: Having been among the first to visit the scene of the affair at Nickajack Trace, which took place this morning, I respectfully submit the following statements of the wounded, and also those of certain citizens living in the vicinity, in regard to the treatment of our men, after having been captured by the enemy:

One citizen informed me that he saw a rebel officer shoot one of our men after he had surrendered and been marched some distance, but was unable to keep up with the others. This seemed to be the only excuse for the act., give it to him again."

William Castanach, private Company B, mortally wounded, states that after having surrendered he was marched, with several others. This seemed to be the only excuse for the act; at the same time he heard one of the rebels say, "That's right, cap., give it to him again."

William Castanach, private Company B, mortally wounded, states that after having surrendered he was marched, with several others, on "double-quick" until he was unable to go farther, when a rebel lieutenant shot him, inflict only a slight wound, after which he shot him a second time and left him, evidently supposing him to be killed. Soon after two rebels came to him, and after taking his pocket-book and boots, one of them said, "Let's scalp the Goddamned Yankee," but passed on without further molestation.

Author.  William is a hard man to pin down. In the Official Records and the National Park Service he is listed as Castanach. in other records its Catternach, and Catternach.  He is buried under two names.

One burial states he was removed from Ringgold Georgia and buried at Byron Cemetery, Byron, Ogla county, Illinois, Under the name of William Castanach.  It also states surname variation in burial resistor "Castauck".

In another burial record he is buried in Chattanooga National Cemetery, Chattanooga, Hamilton county, Tennessee, under the name of William Cattanach.

Husband of Mary Jane Winters Myers, whom he married July 4, 1858, in Wrightsville, York County. In 1860, he was a sawyer living in Wrightsville and stood 5' 11" tall and dark hair and hazel eyes.

Charles Devens was born in Charlestown, Mass., April 4, 1820. He attended the Boston Latin School. He was graduated at Harvard College in 1838. Two years later he was admitted to the bar. He practiced as a lawyer, first in Northfield and later in Greenfield. He was state senator in 1848 and 1849. He was United States marshal from 1848 to 1853. He was called upon in this office to assist in the execution of the fugitive slave law under circumstances which left him no alternative, but the generosity with which he offered to give the purchase money of the slave whom he had been under legal obligations to return to his master, called forth the admiration even of the most ardent Abolitionists. He opened a law office in Worcester in 1854. In December, 1856, he became the law partner of George F. Hoar and J. Henry Hill. He was city solicitor 1856-8.

Monday, April 15, 1861, when Lincoln's call for seventy-five thousand volunteers reached Worcester, he left unfinished a trial in which he was engaged, hurried away, and offered his services to the government. He became major of the Third Battalion Rifles Massachusetts Volunteers, a
three months' organization. April 20, he went to the South, and was stationed at Annapolis and Fort McHenry. He was appointed to the command of the Fifteenth Regiment, July 15. 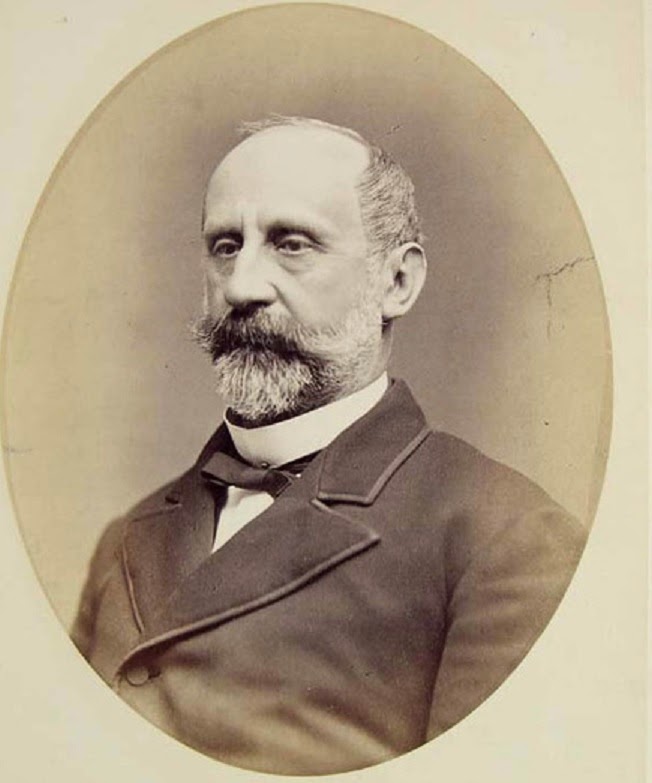 He was in the prime of life. He brought to the position a lofty patriotism and an ambition for military glory derived from ancestors who had served the country in the Revolution and the War of i8i2; a great heart, responsive no less to the call of the humble soldier than to the demands of country and humanity; an intellect, powerful by nature and developed by the broadest culture and a wide range of practical experience. As he represented all that was noblest in the traditional character of New England, he was well fitted to become the leader of its most representative regiment.


Posted by Dennis Segelquist at 1:41 AM No comments: