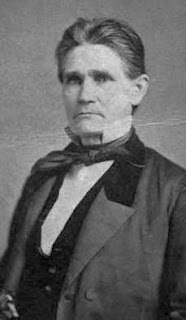 US Congressman. He was born in Rhea County, Tennessee, and his family moved to Bellefonte, Alabama in 1809, where his father owned a cotton plantation. Cobb became a merchant, later acquired his own Bellefonte plantation, and served in the Alabama House of Representatives from 1845 to 1847. In 1846 he was elected to the US House of Representatives as a Democrat and was reelected six times, serving from March, 1847 to January, 1861, when he withdrew in anticipation of Alabama's secession from the Union. While in Congress Cobb worked for compromises to avert a civil war, and was Chairman of the House Committee on Revisal and Unfinished Business for three terms and the Committee on Public Lands for one.

In 1861 he was an unsuccessful candidate for election to the Confederate House of Representatives. He won a seat in 1863, but did not appear for his swearing in. His loyalty to the Confederacy now in question, he was expelled without ever having served. Cobb was killed at his plantation by a shot from his own pistol, which presumably discharged accidentally while he was erecting a fence. In 2004 several Cobb family descendants and other volunteers restored Cobb's grave marker. Also in 2004, documents discovered in the basement of the Jackson County Courthouse, including an unredeemed January, 1863 payment voucher indicate that Lincoln intended to name Cobb Alabama's provisional Governor once the federal government reasserted control over the state.

Birth: 1811.
Death: Dec. 6, 1868.
Burial: Laurel Hill Cemetery (Defunct), San Francisco, San Francisco County, California.
Father: James Campbell.
Mother: Margaret Colgen.
US Congressman. Elected to represent Illinois in the United States House of Representatives, he served from 1851 to 1853. He served as the Secretary of the State of Illinois from 1843 to 1846, Delegate to the Illinois State Constitutional Convention in 1847, Candidate for Presidential Elector from Illinois in 1860, and as a Member of the California State Assembly from 1863 to 1864.
----------------------- 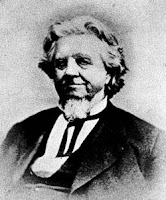 David Kellogg Cartter.
Birth: Jun. 22, 1812, Jefferson County, New York.
Death: Apr. 16, 1887, Washington, District of Columbia, District Of Columbia.
Burial: Lake View Cemetery, Cleveland, Cuyahoga County, Ohio.
US Congressman, Diplomat, Judge. He apprenticed as a printer in Rochester, New York while studying law, and was admitted to the bar upon completion of his studies. He continued practice after moving to Ohio and was elected as a Democrat to represent Ohio's 18th District in the United States House of Representatives, serving from 1849 to 1853. Cartter was chairman of the Committee on Patents during his second term.
He declined to renomination and settled in Cleveland to practice law. He soon abandoned his affiliation to the Democratic Party and began to support the Fremont canvass. Cartter became a delegate for Ohio at the Republican National Convention in 1860, and was very influential to Abraham Lincoln's presidential campaign. In 1861, he declined President Lincoln's offers to become the Governor of either Nebraska of Nevada, accepting instead an appointment as the United States Minister to Bolivia. He resigned this post within a year due to rebellion in that country. Cartter was then appointed by the President as Chief Justice of the Supreme Court of the District of Columbia. He served in that capacity until his death 24 years later.
--------------------------- 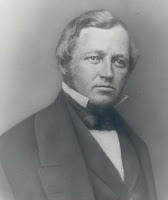 Col Elijah Webb Chastain.
Birth: Sep. 25, 1813, Pickens County, South Carolina.
Death: Apr. 9, 1874, Murray County, Georgia.
Burial: Toccoa Baptist Church Cemetery, Morganton, Fannin County, Georgia.
Father: Benjamin F. Chastain.
Mother: Rebeckah Denton Chastain.
Wife: Clarissa Saxon Brazelton Chastain.
U.S. Congressman. Born near Pickens, South Carolina, he moved with his parents to Habersham, Georgia, in 1821 where he received his early education. He enlisted for the Seminole War, becoming a Captain in the militia and advancing to Colonel. Chastain then settled on a farm near Blairsville, Georgia. He served in the Georgia Senate from 1840 to 1850, studied law, and established a practice in Blairsville after his 1849 admission to the bar. In 1850 he was elected to the US House of Representatives and he won reelection as a Democrat, serving two terms, 1851 to 1855. In his second term Chastain was Chairman of the Committee on Militia. He did not run for reelection in 1854 and returned to his law practice.
He was a Delegate to Georgia's 1860 secession convention in Milledgeville, voted for secession, and afterwards joined the Confederate Army as Lieutenant Colonel of the First Georgia Regiment. In 1862 he was appointed Colonel and commander of the Eighth Regiment of Georgia State Troops, a militia organization formed for local defense. After the Civil War Chastain resumed his law practice, remaining active until his death. He died near Ellijay, Georgia, when the horse he rode as he attempted to ford the swollen Holly Creek was thrown off balance and went down, crushing him against a large rock. The two friends with whom he rode tried to save him, but he was swept downstream, and his body was recovered the next day about a half mile from where he fell.
Posted by Dennis Segelquist at 9:21 AM