There has been so much written on Colonel Mosby, that I felt there was no need to write more. But I wanted to do something on him so I decided to put together a photo album to make it a little easier to find a photo of him. 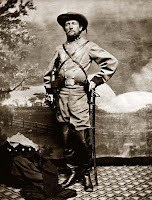 John S. Mosby , not in uniform. 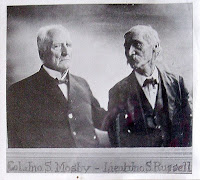 
Posted by Dennis Segelquist at 1:06 AM

Amiable brief and this enter helped me alot in my college assignement. Gratefulness you on your information.