It was the custom when a Senator passed away a obituary address was given by a close friend or a colleague. Theses address were later printed in the ( Congressional Globe. ) These address are still given to this day. These address ( Speeches ), can be very long, as they tell of the accomplishments of the deceased. My interest is not in his accomplishments this kind of information can readily be found on the web. My interest is in his more personal information that may not be so easily found on the web. 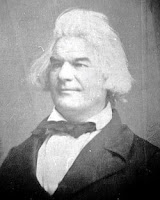 Mr. EVANS. Mr. President, when I entered this Hall, on the first day of this session, and looked around for the familiar faces of those from whom I had parted at the close of the last, I was painfully impressed with the uncertainty of human life, and the vanity of all human hopes and expectations.

Little did I imagine, when I parted from my friend and colleague, that in the short space of two months he would be numbered with the dead; or that I, who was ten years older than himself, should stand here to-day to announce the melancholy event.

My deceased friend and colleague, the late ANDREW P. BUTLER, Was born in Edgefield district, in the State of South Carolina, on the 18th day of November, 1796, and was, at the time of his death, on the 5th of May last, in his sixty-first year.

His family came from Virginia, and settled in South Carolina before the Revolution. Few families have been more distinguished in the annals of the State, or suffered more in the service of the country. General William Butler, the father of Judge BUTLER, served with distinction, as a captain, in the troops of the State, and in that bloody conflict and war of extermination waged between Whig and Tory toward the close of the Revolution, the history of which, with all its bloody incidents, has never been written. He was subsequently a major general of militia, and a member Congress from 1801 to 1814. He left a large family, of which my deceased colleague was the last survivor.
-------------------------------- 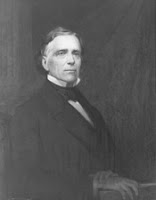 Mr. HALE. Mr. President, it is my duty, in obedience to a long-established, and, in my judgment, peculiarly appropriate custom of the Senate, to announce to the body the decease of my late colleague, Hon. JAMES BELL, which occurred at his residence in Gilford, New Hampshire, on the 26th of May last.

Mr. BELL was the son of the late Samuel Bell, our State, who, for a time, was one of the justices of our highest judicial court; subsequently, for several years, Governor of the State, and for twelve years a member of this body. My late colleague was born its Francestown, in the county of Hillsborough, on the 13th of November, 1804; entering college, at Phillips’s Academy, in Andover, Massachusetts; and in September, 1819, before he had completed his fifteenth year, he entered the sophomore class in Bowdoin College. He was graduated in 1822, and immediately commenced the study of the law with his brother.
--------------------------------------

Mr. BRIGHT. Mr. President, my late colleague, the Hon. JAMES LOCKHART, departed this life, after a long and painful illness, at his home in Evansville, Indiana, on the 7th of September last. Though wasted by disease, he retained his mental faculties unimpaired till the last, and spoke words of peace and comfort to those surrounding his bedside.

Mr. MONTGOMERY died at his residence, in Danville, in the county of Montour, Pennsylvania, on the 23, of April last, in the fifty-second year of his age. He was one of the victims of that singular and destructive epidemic which appeared at the National Hotel during the months of February and March last. He had left his home, in full health and with a cheerful spirit, to Witness the consummation of his most cherished political desires in the, inauguration of a President to whose promotion he had devoted his most ardent efforts. But the fatal epidemic soon drove him from the scene of his enjoyment, and he returned to his home, depressed in mind and afflicted in body, where he endured an incessant agony, only terminated by death.
Posted by Dennis Segelquist at 9:37 AM