They Were Just Men.

These men were just like the rest of us the big different was they held jobs of power. When they would pass their obituaries would state all their political accomplishments and say little on their personal lives. My interest is in their more personal information, like who was his father & mother and what about his brothers & sisters, and who was his wife and what was their children names.

General McConnell was born in Nashville, Tennessee, on the 5th day of April, A. D. 1809. He removed with his father to Fayetteville, in that State, in 1811, and there continued to reside until 1834, when he located in Talladega, Alabama. In 1838 he was chosen a member of the popular branch of the Legislature of Alabama. In the year following he was elected to the Senate, in which body he continued to be an active and efficient member until his elevation in 1843, to a Seat in the Congress of’ the United States.

While in Washington McConnell became notorious as a boisterous drinker and spendthrift, and towards the end of his second term his lifestyle had taken its toll. Two days before his death he met with President Polk at the White House and borrowed $100 from him, part of which he used to pay his bar tab at the St. Charles Hotel, where he was staying. On September 10, 1846, he locked himself in his room and committed suicide. While locked in his room he had a moment of insanity, he fell an unconscious victim to blows inflicted by his own hand.
-------------------------

Expired at his lodgings in this city at about the hour of two o’clock yesterday evening, after a distressing illness of some ten days, at the age of sixty years. Mr. UPHAM was a native of the town of Leicester, in the Commonwealth of Massachusetts, whence he removed at a early age to the State of Vermont. Mr. Upham, died at the Irving Hotel after suffering from smallpox.

His father was Capt Samuel Upham and his mother was Patty Livermore. He married Sarah Keyes, in 1814, they had five children one would die soon after birth, they were; William Keyes Upham, Charles Carrol Upham, Sarah Sumner Upham and Mary Annette Upham
------------------------- 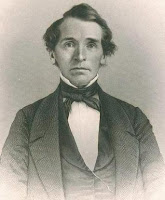 He had hastened back from his distant home by night, through an inclement storm, to assure his wife of the recovery of a child whom he had visited there. The disease ( erysipelas ) which was to become mortal attended him to his chamber. He died yesterday morning; and although he had attained the ripe age of fifty-one years, yet he died without having encountered an ebb of fortune or of public favor. Mr. Speaker: Alexander Barrow, later Senator from the State of Louisiana, is now no more. A native of the State of Tennessee, horn within a few miles of the city of Nashville. He received his education and discipline at the Military Academy at West Point. In 1840, then not forty years of age, he was elected to a full term in the Senate of the United States. He was taken suddenly ill on Friday evening, while on a visit to Baltimore. His disease had been so violent in its course that many of his friends scarcely knew of his illness. I had the melancholy satisfaction of being with him a few hours before he died. When I pressed his cold hand for the last time, he returned that grasp with a strength which even disease seemed scarcely to have weakened, and, in a voice of more than usual firmness said, “I shall never see Louisiana more.”

His birth was on Mar. 27, 1801, and his death came on Dec. 29, 1846, his Burial was at Afton Villa Baptist Church Cemetery, Saint Francisville, West Feliciana Parish, Louisiana. His father was Wylie OR Willie Barrow and his mother was Jane Greer. His wife was Mary Ann Barrow, they were married on 25 NOV 1824 West Feliciana, Louisiana. Their children were; Alexander Barrow Jr., Willie Macajah Barrow and Jane Barrow.
-------------------------

He died on his return from the labors of Congress. He reached Philadelphia. on Tuesday, the 1st day of October, and was there seized with a complaint so violent that he survived the attack only till the Saturday following. He born in Wilkesbarre, Luzerne county, Pennsylvania, in March, 1798, he was the grandson of Colonel Zebulon Butler, who commanded the American troops at the time of the terrible calamity distinguished in our national history as the “Massacre of Wyoming.”

He graduated at Princeton College in 1817, and then read law in the Litchfield School, and subsequently under Judge Mallory, a distinguished jurist of Pennsylvania, and was admitted to practice in 1820.

He was born on Mar. 21, 1798, death came to him on Oct. 5, 1850. His Burial was at
Congressional Cemetery, Washington, District of Columbia, District Of Columbia. His father was Lord Butler and his mother was Mary Pierce. He had nine brother and sisters who were; Louisa Butler, Pierce Butler, Houghton Seymore Butler, . Sylvania Pierce Butler, John Lord Butler, Ruth Ann Butler, Zebulon Butler, Lord Nelson Butler
And Phebe Haight Butler. Although he was married and had children, I could find no record of them.
-------------------------

He died at Fort Wayne, Indiana, on the 19th of November last, of erysipelas, after an illness of only three days. He was born at Ellisburg, Jefferson county1 New York, on the 2d of June, 1810. In 1825 he removed with his father to Portage county, in the State of Ohio, where he remained until 1833, when his attention was called to the rich agricultural lands in northwestern Ohio, and he removed to Sandusky county, where he purchased himself a farm, and cleared it mostly with mostly his own hands, on which he resided at the time of his death.

It has been two years since he buried his wife, who also died of erysipelas, leaving him in the sole care of four small children. He was devoted to them, and had taken two young daughters to Fort Wayne to school, when he was taken ill there. They were present to close hi eyes in death, and on the following day returned with his lifeless body to their orphan home, and saw the grave close upon it forever.

He died in the city of New Orleans in October last. He was born in 1803, in the borough of Norfolk, in the State of Virginia. His father removed with his family, while John was but eleven years of age, to the parish of Rapides, in the State of Louisiana. His death, a few years after, threw upon his son at an early age the cares and responsibilities of a family, and his affection of a family, and his affection and devotion to their welfare is often spoken of by those who knew him at the time. Subsequently he removed to the parish of Ouachita, where he read law for a time with his early friend, General DOWNS, (now one of the Senators from Louisiana.) He soon give up the reading of law, and located himself in the parish of Avoyelles, where he followed diligently and successfully the happy life of a cotton planter.

His sterling integrity and great information upon all political subjects soon attracted the attention of his fellow citizens and he was often solicited to become their representative, but the growing demands of a large family and his fondness for rural life induced him to decline. It was not until seven or eight years ago that he consented to become a candidate for the State Senate, to which place he was elected. After two years service in that body, he was elected to the Twenty-ninth Congress, and continued uninterruptedly to represent his district up to the period of his death. 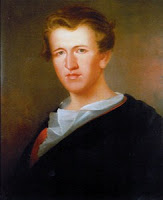 He departed this life at his lodgings in this city about five o’clock yesterday afternoon, surrounded by an affectionate family. Death usually gives warning of his approach; but in this case there was a fearful suddenness in the summons from the active and busy scenes of life to the silence of the tomb.

He was born in Cumberland county, Pennsylvania, in the year 1813, and received his education at Nassau Hall, Princeton, New Jersey. In 1843 he was elected to the Senate, which office he held until the annexation of Texas to the Union. His services to Texas were not in a civil capacity alone. During several campaigns he bore his full share in the struggles of his adopted country for liberty, and participated in several battles, in one of which he received an honorable wound in the face. He was a Major in the local militia he fought in the Cherokee War and was seriously wounded at the Battle of Neches (July 1839), from which he never fully recovered. 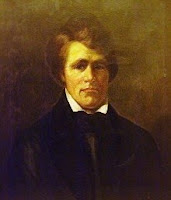 Mr. SPEAKER: It becomes my painful duty to announce to this House the death of another of its members elect. Yes, sir, it is but too true that General THOMAS L. HAMER, Ohio’s favorite son, is dead. He departed this life at Monterey on the 2d day of December, 1846.

He was born in Pennsylvania, and came to Clermont county, Ohio, when he was a young man, (or rather a lad,) without money, without riends ,and with no more than a common English education. His first business effort was teaching a common school; next he became a student at law. He was admitted to the bar in 1821, and the same year he settled in Georgetown, Brown county, Ohio, which he made his permanent residence. He was elected to Congress in 1832, and continued a member for six years. He then declined a reelection, and devoted himself to business as a lawyer until 1846. In October of 1846, was elected to a seat in the House of Representatives.

When our soil had been invaded by Mexico, and when the people were called upon to sustain the rights and honor of the nation by arms, General HAMER was amongst the first who crowded forward. He volunteered as a private, and as such entered camp Washington; he was there elected Major of the first Ohio regiment, and was soon after appointed a Brigadier General by the President, and this last promotion was, on his part, as I have been told, unsolicited. 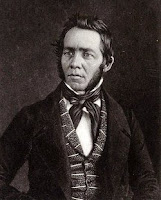 He died at his lodgings in this city on Friday last. The sudden and startling announcement of his death preceded the intelligence of danger. On the morning of that day he was in his usual health, and met his friends with his accustomed cheerfulness and cordiality. At noon he submitted to a surgical operation, to which, with Undoubting confidence, he had looked for relief from an infirmity under which ha had labored. His physical energies were not equal to his fortitude and courage. His system sank under the unabated anguish which followed, and at twenty minutes before eight o’clock in the evening, in the full possession of his mind, he breathed his last. Scarcely had the friends that were with him anticipated danger, when his pure spirit took its flight. He was born at Saco, in the county of York, Maine, January 30, 1797.