Punishment was infrequent in the Seventh but occasionally it was necessary.  Bodily discomfort that did not infringe the laws of health was the chief penalty.  The precise from was various.  Confinement in the guardhouse was the most harmless and the most common.

The most brutal was tying a man up by his thumbs so he was obliged to stand tiptoe.  Sometime this punishment would be
terminated by a superior officer.

Another from of punishment was the knapsack drill, standing on a barrel in some conspicuous place, and the performance of camp drudgery.

One of the most aggravating forms of punishments was the digging of a specified number holes in the ground, the depth and breadth of a spade.  Each was to be filled before the next was commenced, and no rest was permitted except for a meal.

One punishment was mounting offenders astride a horizontal rail, supported twelve or fifteen feet from the ground by trees or post, this Punishment was known as "Riding Black Horse Cavalry." 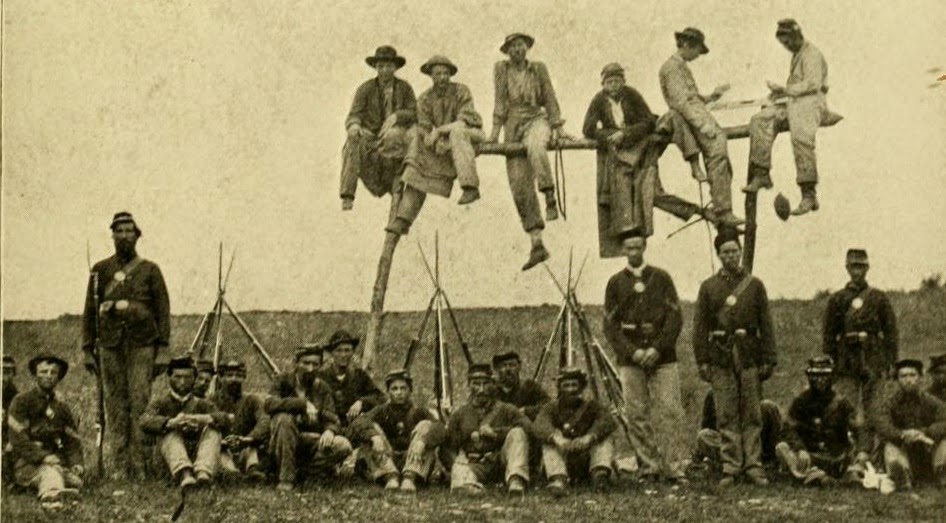 "Riding Black Horse Cavalry."
Push to enlarge.
Posted by Dennis Segelquist at 2:01 AM