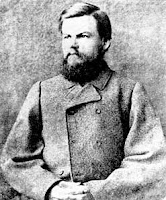 In the years of 1861-1864, there were three plots being born in Canada. These plots were for the most part headed by Clement C. Clay, a long in these plots were likes of John W. Booth, Captain Robert Cobb Kennedy, Colonel Jacob Thompso, Professor McCulloh, D. L. Yulee and S. R. Mallory. These plots were being formed in secrecy in a hotel in Canada and other hotels in the United States. One of the plans was called the ( Kidnapping Plot ), it was a plan to Kidnap President Lincoln and bring him back to the south to face President Davis, and if the Union tried to get him back he was to be kill outright. This plan was looked into in great detail and approved by President Davis. It was later found that it would fail, as being to dangerous to the plotters.

Later a second plan was formed this called for the assassination of President Lincoln, Secretary William H. Seward and Vice president Andrew Johnson. John W. Booth was the leader of the group and headed for Washington to carry off the plot, but when the group reached Washington some of the men became nervous and wanted to pull out of the plot, and in the end it would be John W. Booth who would assassinate President Lincoln. The third plot was the destruction of as many Union cities and town and ships at sea as they could, this plan was put into working order, and Captain Robert Cobb Kennedy was given the task of burning New York, Professor McCulloh would be the one to furnish the chemicals for the job. Many books have been written about the assassination of Lincoln and the plots of the conspirators, but it’s not my intent to write a book but to tell a very little part of the story.

My story begins in the mouth of November in the year of 1864, in a room in the Queen’s Hotel in Toronto Canada, where Clement C. Clay was getting more men for his plan to assassinate the President and his whole cabinet. In the room was Robert C. Kennedy, John McGill, McDonald, Cleary. The new men were told that if they could pull it off they would be rich men, there was a offering of $200,000 dollars to the conspirators that pulled it off, but if they failed they would all hung. Clement C. Clay was to leave Toronto that day, but before he left he gave each of the two new men ten dollars, and told them to wait till his return. Robert C. Kennedy left Toronto and headed for Washington to look things over, and when he returned he told his friends that it was too dangers and was pulling out, but that he had another plan. McGill asked what it was and Kennedy said, "To fire the city of New York." McGill thought in his mind that New York was a pretty big place to burn. They finally came to the conclusion that they would not go, and as they were leaving Kennedy call them traitors.

Although Clement C. Clay helped in the planning of the destruction of Union cities he would take no part in the burning of New York, at the time of the planning some of his associates were; Doctor Blackburn, Jacob Thompson, George N. Sanders; his son, Lewis Sanders; ex-Governor Westvott, of Florida; Lewis Castleman, William C. Cleary, Mr. Portfield, Captain Magruger, and a number of rebels of less note.

In the month October, Robert C. Kennedy was been held as a prisoner at Johnson’s Island, he was of the First Georgia Infantry, from Company 14, and was being held in Block 7. Then on night of Tuesday, October 4, 1864, he made his escape by scaling the prison fence between the block-house and Block 1, and made his way to Canada.

After he made his way back he took up with Clement C. Clay and together stated putting the plot of assassination of Lincoln together. Kennedy was to be the leader in the assassination but later backed out as being to dangers. He instead rook the lead in the burning of New York. After the fires started he watched it from one of the hotel windows.
After making is escape he headed for Canada. Now Kennedy like to drink and this would be his down fall, for when he drink he like to talk about his involvement in the burning. Will it wasn’t long that the law was on him and he was soon arrested, tried and hung. Not to much is known of his movements in New York, before the fire. The only one that really knows is Robert Cobb Kennedy himself.
-----------------------------------------------------

The confession of Robert C. Kennedy.
After my escape from Jonson's Island I went to Canada, where I met a number of Confederates. They asked me if I was willing to go on an expedition. I replied, "Yes; if it is in the service of my country." They said, "It's all right", but gave no intimation of its nature, nor did I ask for any. I was then sent to New York, where I staid some time. They were eight men in our party, of whom two fled to Canada. After we had been in New York three weeks we were told that the object of the expedition was to retaliate on the North for the atrocities in the Shenandoah Valley. It was designed to set fire to the city on the night of the Presidential election, but the phosphorus was not ready and it was put off until the 25th of November. I was stopping at the Belmont House, but moved into Prince street. I set fire to four places-Barnum's Museum, Lovejoy's Hotel, Tammany Hotel, and the New England House. The others only started fires in the house where each was lodging and then ran off. Had they all done as I did we would have had thirty-two fires and played a huge joke on the fire department. I know that I am to be hung for setting fire to Barnum's Museum, but that was only a joke. I had no idea of doing it. I had been drinking and went it there with a friend, and, just to scare the people, I emptied a bottle of phosphorus on the floor. We knew it wouldn't set fire to the wood, for we had tried it before, and at one time concluded to give the whole thing up.

There was no fiendishness about it. After setting fire to my flour places I walked the streets all night and went to the Exchange Hotel early in the morning. We all met there that morning and the next night. My friend and I had rooms there, but was sat in the office nearly all the time reading the papers, while we were watched by the detectives of whom hotel was full. I expected to die then, and if I had it would have been all right; but now it seems rather hard. I escaped to Canada, and was glad enough when I crossed the bridge in safety.

I desired, however, to return to my command, and started with my friend for the Confederacy via Detroit. Just before entering the city he received an intimation that the detectives were on the lookout for us, and giving me signal, he jumped from the cars. I didn't notice the signal, but kept on and arrested in the depot.

wish to say that killing women and children was the last thing though of. We wanted to let the people of the North understand that there are two sides to this war, and that they can't be rolling in wealth and comfort while we at the South are bearing all the hardships and privations.

In retaliation for Sheridan's atrocities in the Shenandoah Valley we desired to destroy property, not the lives of women and children, although that would of course have followed in its train.

what I was looking for, thanks