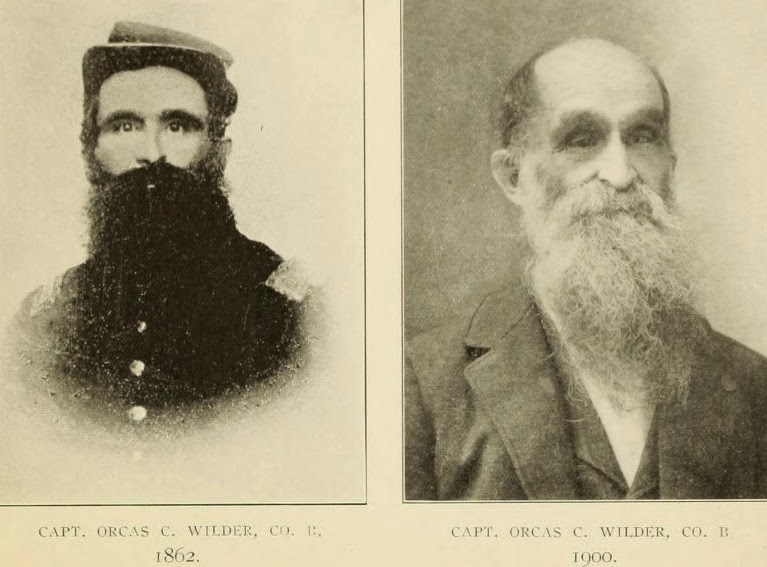 ORCAS C. WILDER son of Levi and Beniice Bates Wilder, was born at Waitsfield, Vt., May 9th, 1828. His father and grandfather were among the early settlers of the town of Waitsfield and of the old Puritan stock of Massachusetts. They originally came from England where it has been possible to trace the genealogy to Nicholas Wilder a military chieftain in the army of the Earl of Richmond at the battle of Bosworth in 1485. He was reared on the old Wilder farm, received a common school education with one term at Randolph Centre Academy, and at the age of 20 learned the carpenter's trade, which he followed for several years up to the time that he bought the farm on which he has since lived.

Posted by Dennis Segelquist at 2:06 PM